Reine Rimón & Her Hot Papas is a unique band in Finland´s jazz history.
It is the only Finnish band ever playing solely traditional New Orleans jazz on a regular basis also in New Orleans - and performing in Europe and the U.S.A. with professional traditional jazz musicians from the Big Easy.

The band´s speciality is to accompany Ms. Rimón´s repertoire of the early blues songs of the 1910´s and 1920´s, originally performed by Bessie Smith and Ma Rainey "the Mother of the Blues".

The band is available for all occasions worldwide. 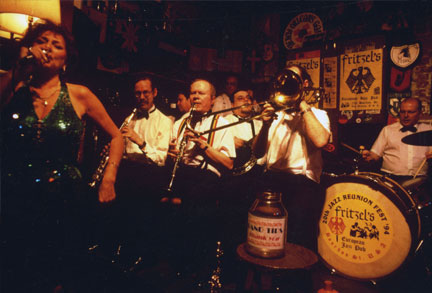 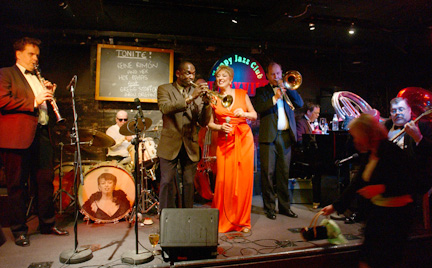