A recent non-commercial project initiated by the state-owned Finnish Broadcasting Company (YLE, "the Finnish BBC ") to promote the world´s only broadcasting news in Latin language, Nuntii Latini, has resulted in a unique cultural innovation.

Ms. Reine Rimón and her band have recorded two CD recordings including traditional New Orleans jazz melodies with the lyrics sung in ancient Latin language - based on the poems of the two great Roman poets, Horace and Catullus, who lived about 2000 years ago.

On these recordings, the world´s oldest popular jazz melodies are combined with the Western world´s most popular ancient poems - adopted for the melodies by professor Tuomo Pekkanen of Finland -
in original Latin language.

Among others, the BBC and CNN have recorded and broadcasted worldwide a live concert of Ms. Rimón and her band performing in Latin language. 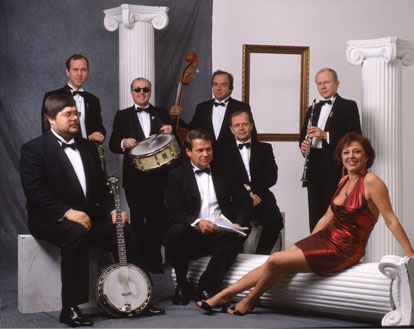 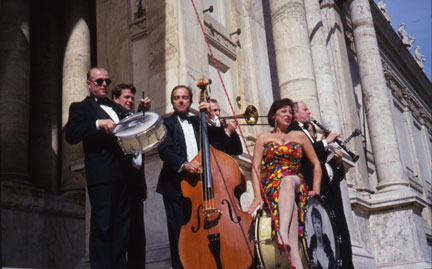